Become the embodiment of sloth.

The ability to become the embodiment of sloth. Variation of Sloth Manipulation, Emotion Embodiment and Sin Embodiment. Opposite to Diligence Embodiment.

Users become an embodiment of sloth and gain power from laziness of others and oneself, users can even use sloth of others or oneself to transform into a more powerful form. The user can make the enemies lack motivation to attack or want to do anything. They can summon other beings to fight in their stead, and can cause others to commit suicide from not wanting to do anything. 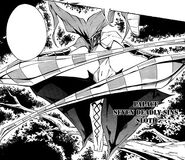 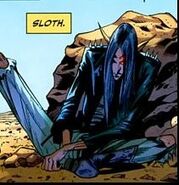 Yaldabaoth (Persona 5) is the embodiment of humanity's desire to be complacent not think for itself. 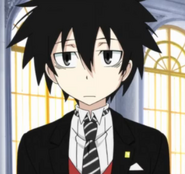 Teufel (Senyu) is both the embodiment of laziness and sloth and one of the great tricksters in the world.

Belphegor (Seven Mortal Sins) is the Demon King of Sloth, though idle and apathetic most of the time. She's ironically one of the more sane sins among them.

Sloth (Fullmetal Alchemist: Brotherhood) is the living incarnation of his Father's sloth and laziness, thus his name "Sloth the Indolent". 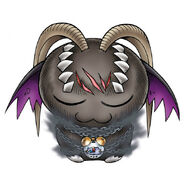