Keepsie Branson (Playing for Keeps) can manipulate anything she defines as her property.

Manipulate anything that can be related to the user.

The ability to manipulate anything that can be related to the user. Sub-power of Meta Probability Manipulation.

Users are able to alter anything that can be related and connected to them (from memory or their knowledge) limited by their knowledge/experiences of their very self existence.

Therefore any Omniscient with this ability is naturally Omnipotent, because EVERYTHING can be related to them through absolute knowledge of everything.

Just like any probability altering ability, this may be limited to the context of the story, the array and variety of choices. As limited as it may be the manipulations are still immense and is nothing to be mocked at, especially if the user is a very knowledgeable person as they are more capable to make absurd relations that can make their targets be related to them (e.g. Apple->Red->Rainbow->Blue->Ocean->Whale->past experience playing with whales, thus they can e.g. explode the apple with the flick of their fingers).

Plot Example: Users can be a flower shop owner because the concept "flowers" can be found in the memory of the user as the user once had a memory of smelling a Lilly, which is a type of flower.

Redefining Example: Users can redefine the word "sentence" to mean "a large oval object that can be cooked (eggs)" because in the user's past, they had been to an English lesson where the concept "sentence" is first taught.

Psychic Example: Users can read the minds of anyone they once knew because they knew them in the past.

Combat-Oriented Examples: User can put out the fire sent by a fire manipulater, because for reasons like: their friend is a fire user and/or they had faced against a fire user before in the past.

Sympathetic Example: Users have a photograph of someone then they can manipulate their life and themselves in any way they like, without you actually be presently nearby, as long you still have that photo in possession in some form.

Reality is but a product of th mind.

The universe is to ones desire. 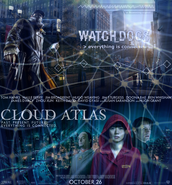 Everything is Connected.
Add a photo to this gallery
Retrieved from "https://powerlisting.fandom.com/wiki/Solipsistic_Manipulation?oldid=1650043"
Community content is available under CC-BY-SA unless otherwise noted.