The user can break the sound barrier, creating sonic booms that can cause severe internal and/or external damage on objects and beings.

Azusa Tsukimori (Darker than Black) kicked Mioka with such lethal force that it produced a sonic boom in the process. 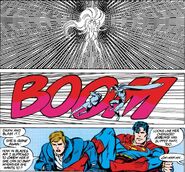 Combining all three of his base elemental magics, Invoker (Dota 2) can create a sonic boom.

With the sheer force of his punches, The Sentry (Marvel Comics) can create powerful sonic booms. 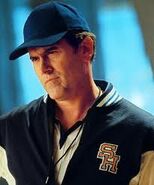 The Sonic Boom is one of Guile's (Street Fighter) signature moves.

Speed-o'-Sound Sonic (One-Punch Man) living up to his title.

Dizchord (Power Rangers Megaforce)
Add a photo to this gallery
Retrieved from "https://powerlisting.fandom.com/wiki/Sonic_Boom_Generation?oldid=1543515"
Community content is available under CC-BY-SA unless otherwise noted.