"Then go and scream Tatsumi with all the fire in you soul!!!!"
― Bulat (Akame ga Kill)

Danny's (Danny Phantom) Ghostly Wail is his most powerful technique, though using it forces him to revert to his human form. 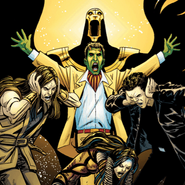 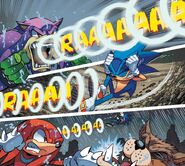 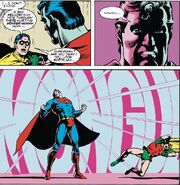 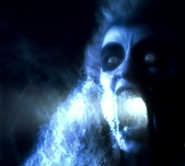 Losing control over her power, Lydia is unable to resist to the urge to scream. A hellhound jumps in and ...

... use their supernatural connection and his power to muffle, most of, what would've been her deadliest scream yet.

Peter Petrelli in Jesse's body (Heroes) pushes back furniture and Flint Gordon.
Add a photo to this gallery

Charlotte Linlin (One Piece) can unleash a extremely loud shriek…

…that can cause numerous people to faint.
Add a photo to this gallery

The Habitant (Vindictus) possesses a peculiar ability to simultaneously let loose a sonic shriek, but breathe out a swarm of bats as it does so.
Add a photo to this gallery

Original Vagineer Sonic Scream.gif
Unlike BLU Vagineers the Original Vagineer's (TF2 Freak) Hypersonic Scream lasts longer and can shatter glass, blow his opponents away from him or deafen and stun them.
Add a photo to this gallery
Retrieved from "https://powerlisting.fandom.com/wiki/Sonic_Scream?oldid=1341371"
Community content is available under CC-BY-SA unless otherwise noted.