Imari (Absolute Duo) as an Exceed like the other students at Kouryou Academy can manifest their souls into weapons called a "Blaze" due to a mass injection of nanobots.

Forge a soul into a weapon.

The ability to forge a soul into another object. Sub-power of Soul Manipulation. Variation of Symbolic Power Manifestation. Combination of Enhanced Forging and Soul Materialization.

The user can forge a soul into a corporeal form; shaped into an object that best personifies the person or be chosen by the user themselves either by imagination or enforced power of will. The object of power could be literally anything in existence or anything the user is aware of or can imagine in proportion to the power and properties of the users soul sometimes even having their own sentience.

Anything forged with this power will always have a highly specialized effect in addition to its normal function, for example a sword forged with one's anger would be devastating against those they hate regardless of defenses but utterly ineffective against everyone else, the specialism is always unique to the user.

It is possible to perform this power by proxy through the use of special objects.

The Lightsmiths (DC Comics) actually forged the light of the emotional energy spectrum into various tools, unlike the guardians however they did not require lantern batteries.

Yoh (Shaman King), being a shaman, can use spirit control and his Furyoku with Amidamaru to perform the double-medium technique to forge their own unique Over Soul, Spirit of Sword.

Seira J. Loyard (Noblesse) is the head of the Loyard Noble Clan and as such she possesses the Death Scythe soul weapon.

The Three Monks (Samurai Jack) forging the enchanted sword from the soul of Jack's father.

Blazers (Rakudai Kishi no Eiyuutan) are able to materialize their souls as a personal weapon, which acts as a medium for their Noble Arts known as Devices. All Devices are nigh-unbreakable and breaking them could cause the Blazer to loss consciousness.

Julie Sigtuna (Absolute Duo) is an El Awake, a being able to manifest their souls as weapons without the mass injection of nanobots and has proven to be more stronger than normal Exceeds.
Add a photo to this gallery 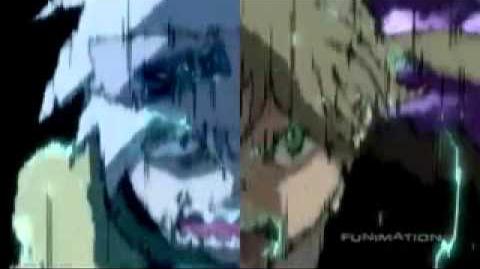 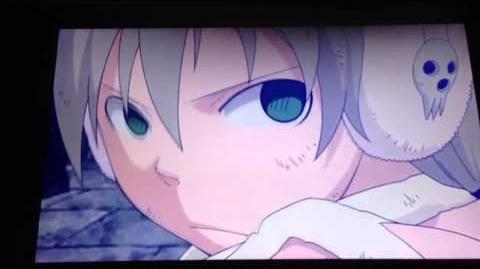