With his powers as a Fullbringer, Ichigo Kurosaki (Bleach) can manipulate the souls that reside in anything at will, allowing him to achieve virtually any effect desirable, such as telekinetically controlling an object, empowering himself, or even warping the laws of physics.

"All things in this world have souls. Not just creatures and plants. [...] The souls of things are equipped with the power to help their users by nature. Our powers draw on that, boosting it with our own souls, to be able to unleash a greater power."
― Kūgo Ginjō to Ichigo Kurosaki (Bleach)

"I need you to let me touch it. The human soul — it's pure... energy. If I can siphon some of that off, I might be able to bring Sam and Dean back."
― Castiel talking to Bobby about the power of the soul (Supernatural)

Users can create shape and manipulate the soul, the incorporeal and immortal essence of a living thing, souls are usually most obviously present in sentient beings. At some level all biological organisms have souls, and even non-biological entities (such as rivers and mountains) possess something that is analogous to a soul.

Barbatos (DC Comics) can control the soul of others and enslave them. 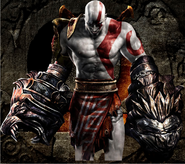 ...it also affecting Stands to protect it from any harm. 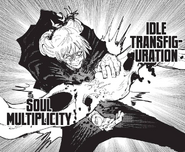 Mahito's (Jujutsu Kaisen) cursed technique - Idle Transfiguration allows him to distort the souls of those he touches.

Kain (Legacy of Kain),is able to split his soul into different fragments, with these fragments attached to the soul of the original body, he can revive the dead and turn them into vampires, he can also remove and seal souls for different uses. 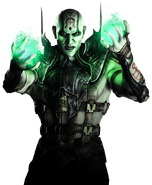 Through the use of Magick, Nightsisters (Star Wars) are capable of influencing the souls of the living and the dead. Being capable of possession, communing with Ghosts and summoning Zombies.

Due to his Death-attribute magic, Vandalieu (The Death Mage Who Doesn't Want a Fourth Time) is capable of manipulating souls and can communicate with the souls of the death without needing the【Spiritualist】job.

Sans (Undertale) manipulating the soul and its gravity