Possess no soul or spirit.

"To live without a soul is to live with something lost...Empty in both head and heart."
― Dr. Occult (DC Comics)

"You can exist without your soul, but you'll have no sense of self anymore, no memory, no...anything. There's no chance at all of recovery. You'll just — exist. As an empty shell. And your soul is gone... lost forever."
― Remus Lupin (Harry Potter)

"What soul? Do you know what the most frightening thing in the world is? Nothing. That's what I found in the boy. No conscience, no fear, no humanity. Just a black void. I couldn't control him, I couldn't get out, I had never even manifested until you brought me forth. I just sat there and watched as he destroyed everything around him. Not from a belief in evil, not for any reason at all"
― Ethros Demon describing Ryan Anderson (Angel)

The ability to possess no soul or spirit within one's body or physical form. Variation to Paradox Existence.

User possesses no soul or spiritual tether to the world, essentially making the user emotionless and immortal, as a person needs a soul to have a degree of mortality in the first place. A soulless person does not possess emotions or feelings to cloud their ambition making them excellent killers and assassins and they cannot be tracked in mystical ways due to a lack of spiritual essence.

User can not be influenced by the powers of Heaven or Hell and is immune to the effects of Soul Manipulation, Necromancy, Soul Absorption, Soul Removal, Contract Bestowal or Penance Stare.

Wake specters like Seline Luna (Anima: Beyond Fantasy) lacks soul, instead being the embodiment of the emotions of one girl that died in especial conditions. 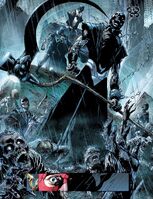 As a demon, Mazikeen (Lucifer) lacks a soul of her own. 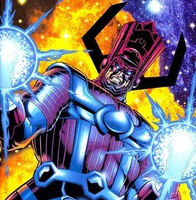 Galactus (Marvel Comics) possesses no soul because his body is made up of the power cosmic.

The Grimm (RWBY) have no souls; as a result, unlike humans and Faunus, they are unable to use the power of Aura.

As a result of Castiel's mistake, Sam Winchester (Supernatural) briefly became soulless, unable to feel any emotion and lacking any need for sleep.

The Leviathans (Supernatural) are soulless due to predating the soul.

The Darkness/Amara (Supernatural) is an ancient primordial being that predates God, Death, Creation, and even the soul.

Ironically Chuck Sherley/God (Supernatural) doesn't have a soul at all even though he created them.

Through recent events Jack (Supernatural) was slowly losing bits and pieces of his soul until he lost it completely and as a consequence he lost his reasoning to morality, unable to tell right from wrong. 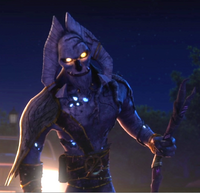 Angor Rot (Trollhunters), due to a faustian pact, was able to survive with his soul inside of a ring, and was even able to live on after his soul was accidentally destroyed.

Iron Maiden (Valkyrie Crusade) is a automaton designed to kill, and has no heart or soul.

Enforcer (Valkyrie Crusade) became soulless after she lost her soul to archwitches.
Add a photo to this gallery
Retrieved from "https://powerlisting.fandom.com/wiki/Soullessness?oldid=1695627"
Community content is available under CC-BY-SA unless otherwise noted.