"As the ancient says, silence is gold, speech has always been one of the worst sources of disorder and chaos. Trouble is what happens to people who can't keep their mouths shut."
― Kinkaku (Naruto)

"You have anything on that remote lower then Mute?"
― Brian Griffin (Family Guy)

The power to negate sound. Sub-power of Sound Manipulation and Silence Manipulation. Variation of Elemental Negation.

The user can negate sound and any sound-using attacks, ignoring their effects.

Sneakers (Black Panther) can nullify sound, allowing the wearer to walk without making any noise. 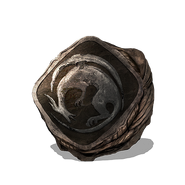 The Slumbering Dragoncrest Ring (Dark Souls) can mask sound made by its wearer from enemies, making them completely silent.

Spider-Man's (Marvel Comics) stealth suit possesses sound-bending technology that cancels out any sound-based attacks directed at him but also disrupts any attempts at sound-based communication.

Donquixote Rosinante (One Piece) using the powers of his Calm Calm Fruit/Nagi Nagi no Mi to prevent sound from leaking into or out of his field.
Add a photo to this gallery
Retrieved from "https://powerlisting.fandom.com/wiki/Sound_Nullification?oldid=1369078"
Community content is available under CC-BY-SA unless otherwise noted.