The ability to generate space. Sub-power of Spatial Manipulation. Variation of Creation. Opposite to Space Depletion.

The user can generate three-dimensional space, controlling the distance between two different points of spatial locations. If the addition of space does not increase the overall distance between two points, such as being pressed against the wall, the increased spatial pressure can easily crush anything.

The generated space can also serve as a pocket dimension, allowing the user to hide inside it.

Yūta Takizawa (Alive: The Final Evolution) forming walls of space into a box formation, separating the inside from the rest of the world.

Kagerōza Inaba (Bleach) using his Raikū to copy a section of space and then recreate it.

The One Being Sought (Code:Breaker) using Presser to add a concentrated blast of space to crush his target. 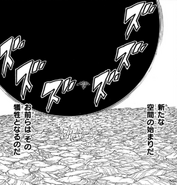 Makora (Samurai Deeper Kyo) using his Shadow Techniques to generate pockets of space to hide in or imprison opponents. 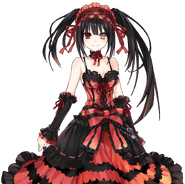 Kurumi Tokisaki (Date A Live)
Add a photo to this gallery
Retrieved from "https://powerlisting.fandom.com/wiki/Space_Generation?oldid=1335252"
Community content is available under CC-BY-SA unless otherwise noted.