Monkey D. Luffy (One Piece) using his Gear Fourth: Snakeman transformation, which focuses on offense and especially speed over defense.

Have a speed mode

The power to have a speed mode. Variation of Mode Switching.

The user can enter a form/mode meant to enhance their speed and quickness, allowing them to reach higher speeds than they normally can't.

By eating a Dash Pepper, Yoshi (Super Mario Bros.) becomes Dash Yoshi, allowing him to move fast enough to run on water and up vertical walls. 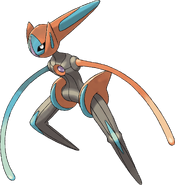 Whenever Kei and Yumi (Ape Escape 3) morph in the Mircale Ninja, they become specialized in speed and swiftness, allowing them to run along walls. 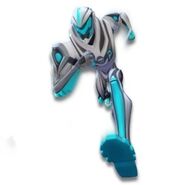 Ultraman Blu (Ultraman) in his Wind form, grants Amazing Speed
Add a photo to this gallery
Retrieved from "https://powerlisting.fandom.com/wiki/Speed_Mode?oldid=1734245"
Community content is available under CC-BY-SA unless otherwise noted.