Transform self into spherical shape.

The power to transform oneself into a sphere-like form. Variation of Geometric Physiology.

The user can convert themselves into a ball for attack, defense, and/or mobility. The user's skeletal structure is often highly flexible to allow them to do so with ease.

Ultimate Cannonbolt (Ben 10: Ultimate Alien) can roll himself into a spiked ball. 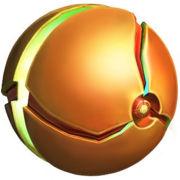 King Candy (Wreck-it-Ralph) in cybug form can curl up and spin at high speeds. 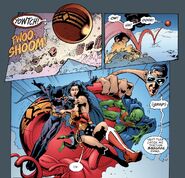 Rarity (My Little Pony Series)
Add a photo to this gallery
Retrieved from "https://powerlisting.fandom.com/wiki/Spherical_Form?oldid=1218030"
Community content is available under CC-BY-SA unless otherwise noted.