The power to have/use spikes from one's body. Variation of Natural Weaponry.

The user possesses razor-sharp spikes on their body which can be used offensively. They can use their spikes to attack their opponents or create a shield of spikes to provide defense and offense at the same time.

After eating the Toge Toge no Mi, Miss Doublefinger (One Piece) is able to transform any part of her body into sharp spikes. 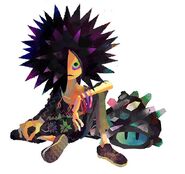 Spyke (Splatoon), being a sea urchin, has spikes for hair, and Super Sea Snails, like the one sitting next to him, have spikes on their shells. 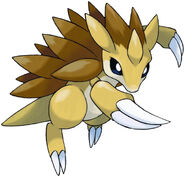 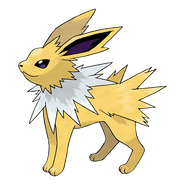 Pierce (Ben 10: Alien Force)
Add a photo to this gallery
Retrieved from "https://powerlisting.fandom.com/wiki/Spike_Protrusion?oldid=1694028"
Community content is available under CC-BY-SA unless otherwise noted.