The ability to perform a spinning dash maneuver. Technique of Spinning Attack. Variation of Sliding Dash.

The user can perform a quick dash maneuver in which they roll into a ball, spinning forward and crashing through opponents, even cutting through them should the user's anatomy allow it. 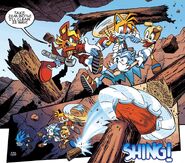 Antoine D'Coolette (Archie's Sonic the Hedgehog) performing the Spin Blade Ball Attack, a variation of the Spin Dash that incorporates his sword. 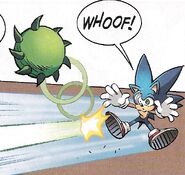 Tex the Lizard (Archie's Sonic the Hedgehog) strikes Sonic with his Spine Dash, his version of the Spin Dash. 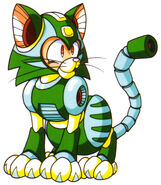 ...and ignites her morning-stars/whips in fiery energy, increasing her spin dash with a purple aura and enhance its power.

Chōchō Akimichi (Boruto)
Add a photo to this gallery
Retrieved from "https://powerlisting.fandom.com/wiki/Spin_Dash?oldid=1623713"
Community content is available under CC-BY-SA unless otherwise noted.