The power to defend by spinning.

The user defends themselves by spinning, covering large amount of area and creating a 360 degree defensive field that can make almost anything unable to penetrate. No matter where the attack comes from, the spinning defense will cover that area. 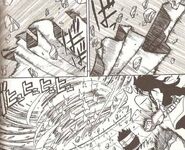 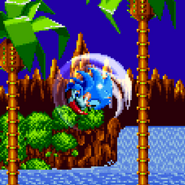 Sonic can perform the Insta-Shield ability to phase provide invincibility and attack enemies.
Add a photo to this gallery

Beyblade Metal Fury - Kyoya vs Ryuga
Add a photo to this gallery
Retrieved from "https://powerlisting.fandom.com/wiki/Spinning_Defense?oldid=1574009"
Community content is available under CC-BY-SA unless otherwise noted.