Powered by Reiryoku, Kidō (Bleach) is an advanced system of spiritual magic developed by the Shinigami/Soul Reapers.

The ability to use magic that revolves around spirits. Form of Magic. Magical equivalent of Soul Manipulation. Variation of Mythic Magic.

User is able to use spirit magic, that revolves around channeling, summoning or using the power of spirits to achieve their goals. They can summon spirits, use spiritual weapons, or channel a spirit into their body to gain physical enhancements or gain completely new abilities i.e. channeling a fire spirit gives the user Fire Manipulation. 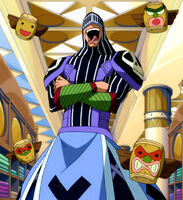 Bickslow (Fairy Tail) can use his Sieth Magic to trap wandering human souls inside objects and manipulating them. 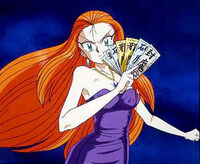 ...The magical reanimation of the Inferi with Necromancy, summon forth an army of undead souls puppets under his command for battle and protection.

the most prominent being the forbidden Horcrux Creation magic, which he magically ripped parts of his own soul and infusing it into objects to attain immortality. 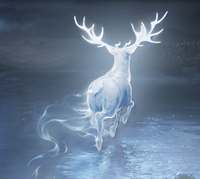 The Patronus Charm (Harry Potter) is one of the most advanced magic known to wizards, which creates a spiritual guardian which is a reflection of their love to fend off the most deadly wraiths such as Dementors.
Add a photo to this gallery
Retrieved from "https://powerlisting.fandom.com/wiki/Spirit_Magic?oldid=1642342"
Community content is available under CC-BY-SA unless otherwise noted.