The ability to wield or create weapons with stellar power. Variation of Power Weaponry.

User can to create or wield weaponry power over the stars or starlight, which grants the user of wide variety of star-based abilities, including variable power with the amount of star energy and the ability to let out the star's power with an attack. This ability is not only specific to mystic weapons, but also technologically advanced weapons. The power of the weapons depends on what they were created for or what level of stellar ability they posses. 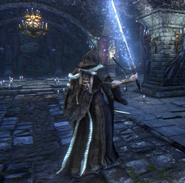 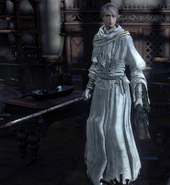 Micolash, Host of the Nightmare (Bloodborne) uses A Call Beyond.

Starman/Ted Knight (DC Comics)
Add a photo to this gallery
Retrieved from "https://powerlisting.fandom.com/wiki/Stellar_Weaponry?oldid=1331047"
Community content is available under CC-BY-SA unless otherwise noted.