Transform into a mathematical probability

Power to transform physically into a mathematical probability. Sub power of Probability Manipulation.

User is able to transform their body completely into a mathematical probability. In this form, the user only truly "half-exists"; one is rendered invisible, intangible, and free of bodily needs, such as the need to eat, sleep and breathe. In addition, when the user comes into contact with systems of energy, said systems are disrupted. Electronic devices short circuit, and the minds and abilities of living beings are disrupted. 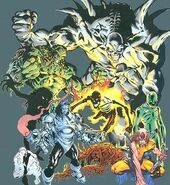 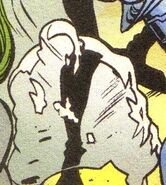 Up close pic of Integer, kneeling in front of a team member...
Add a photo to this gallery
Retrieved from "https://powerlisting.fandom.com/wiki/Stochastic_Mimicry?oldid=266221"
Community content is available under CC-BY-SA unless otherwise noted.