Storm (Marvel Comics) can conjure any weather effect she chooses.

The ability to generate storms. Sub-power to Storm Manipulation. Variation of Weather Generation. 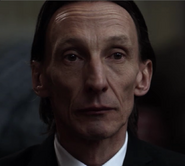 Charlotte Linlin/Big Mom (One Piece) can use her personal homies, Prometheus and Zeus...

...to create a tremendous storm as manifestation of her rage.

Storm King (My Little Pony Series)
Add a photo to this gallery
Retrieved from "https://powerlisting.fandom.com/wiki/Storm_Generation?oldid=1385397"
Community content is available under CC-BY-SA unless otherwise noted.