Danzō Shimura (Naruto) uses the Reverse Four Symbols Sealing which he places a seal on his chest and sets it to activate upon his death, anything caught inside the sphere's area is then drawn in and sealed within his corpse.

Kill oneself or cause others to kill themselves to cause an attack.

"You're.. fading away."
"Well, that's what happens when you put your entire being into an attack... not that Nobodies have beings."
― Sora and Axel (Kingdom Hearts II)

The power to kill oneself or cause others to kill themselves in order to cause an attack. Sub-power of Suicide Inducement.

The user of this power can kill themselves by any method in an attempt to take their enemies down with them. The user can even induce suicide in others to cause the same effect.

Chaozu (Dragon Ball Z) self-destructs in a failed attempt to take Nappa with him.

Tenshinhan (Dragon Ball Z) using the Shin Kikōhō/Neo Tri-Beam, a very draining attack that can eventually kill him if used at a low reserve, as he once died doing so.

Vegeta (Dragon Ball Z) releasing all the energy within his body for a gigantic explosion at the cost of his own life. 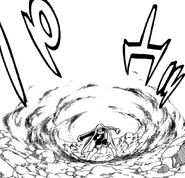 Tempesta (Fairy Tail) can "die once" to create a anti-magic mist that kills Mages and non-magic beings.

Once defeated, a Voltigore’s (Hλlf-Life: Opposing Force) carapace that stores all the biological electricity will deteriorate and explodes along with the corpse, causing bio-electricity and poisonous-acidic damage.

Axel (Kingdom Hearts series) ends up destroying himself by putting all of his power into a single attack that destroys every other Nobody in the general vicinity.

Deidara (Naruto) using C0, the highest form of his explosive clay attacks in which he becomes a suicide-bomb as a last resort that covers ten kilometer blast radius.

The destructive power of a Reject Dial (One Piece) is equally inflicted on both the target and the user. Just one use of the dial is enough to kill a normal person. 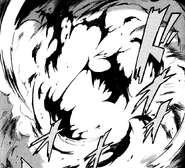 Black Fog (Pokémon) using Self-Destruct as its last resort, exploding and killing itself rather than being captured by a human.

The Soldier (Team Fortress 2), when equipped with the Equalizer/Escape Plan, can perform the kamikaze taunt which allows him to kill himself and any enemies nearby.
Add a photo to this gallery 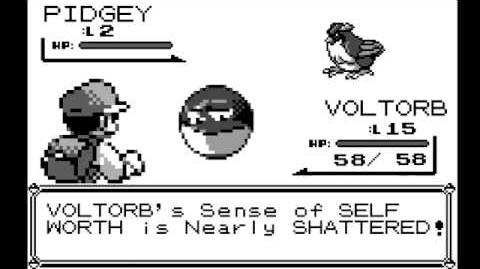 Voltorb Doesn't Want To Die
Add a photo to this gallery
Retrieved from "https://powerlisting.fandom.com/wiki/Suicidal_Attack?oldid=1731867"
Community content is available under CC-BY-SA unless otherwise noted.