The Fury (Marvel Comics) can adapt to anything, to the point of fighting evenly the nigh omnipotent reality warper Mad Jim Jaspers, and surviving the annihilation of an entire universe.

Adapt to anything and quickly evolve.

"It could wander through burning deserts to freezing tundras, surviving any environment through adaptation and evolution. Even after becoming a Teigu, the dragon's flesh is still alive."
― Bulat (Akame ga Kill!)

The ability to adapt to anything and quickly evolve. Ultimate version of Reactive Adaptation. Not to be confused with Eternal Evolution.

The users can quickly adapt to absolutely any situation, automatically gaining the necessary attributes to face them. In a fight, they may adapt themselves to resist abilities, replicate and enhance them to surpass their opponents, or spontaneously develop specific countermeasures. They can also analyze and understand any object, person or situation, quickly deducing the best course of action.

They may develop Metaphysical Senses when searching for something, Teleportation when trying to reach a far away destination, Transformations when facing too many or powerful opponents, etc.

The users can quickly recover from any damage, develop immunities to their source, even rebuild themselves from scratch (or environmental materials/energies if fully destroyed), and are thus virtually indestructible. 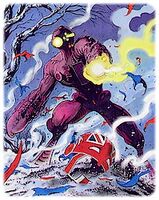 The Tyrant (Akame ga Kill) has the ability to adapt to the harshest climates, conditions and attacks, even being able to evolve and stay alive when its flesh is removed and placed inside armor, making it one of the most deadly danger beasts in existence.

...enabling him to combat the rogue Monitor Mandrakk in a straight fight...

...and even counter the plot itself trying to destroy him. 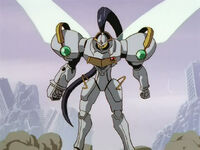 Zinv (Dual! Parallel Trouble Adventure) is able to adapt to anything and repair itself, the extent at which it can adapt is best shown when it survives the complete destruction of not one but two universes at the exact same time, arriving completely unscathed in a third universe.

After Alpha (Generator Rex: Heroes United) absorbed the Omega-1 nanite from Rex Salazar, he became Alpha-Omega and gained the ability to adapt and evolve against virtually anything, including copying the Ultimatrix and all the alien DNA inside of it. 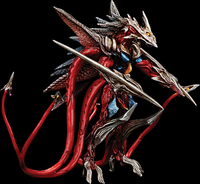 Iris (Gamera) can manipulate its own chromosomes to adapt and evolve to suit its environments, as well as adapt to incorporate any DNA it absorbs... 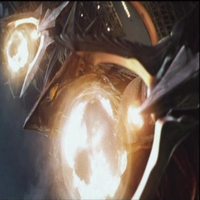 SCP-682 - Hard-To-Destroy Reptile (SCP Foundation) has adapted to literally every conceivable way to kill it, regenerating faster than it can be killed, warping reality to survive the future being changed, even erasing it from existence has proven to make things worse by mutating it further.

The Demonkind (Steel Angel Kurumi) are able to adapt to anything/everything, thus making all forms of weaponry and attacks ineffective against them regardless of its nature.

The Terraformars (Terra Formars) are a race of evolved cockroaches who can adapt to everything in their surroundings including their enemy's powers and abilities which they pass on to the next generation...

...such as the Peacock Mantis Shrimp Terraformar who's powers were taken from Keiji Onizuka.

Godzilla (Shin Godzilla) can mutate his DNA at will to adapt to any situation... 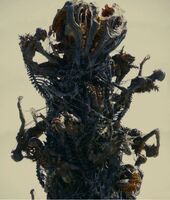 ...to the point of beginning to evolve into an army of human-like forms capable of combating humanity before he was frozen. 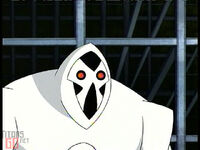 Unlike other droids, Amazo (DC Comics) can adapt to any situation with the powers he replicates.

Protege (Marvel Comics) can adapt to the power level of Cosmic Cube Beyonder and copies an nigh-omnipotent being. 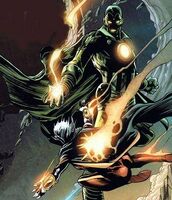