Use the traits of empowered robots/machines.
The power to use the abilities of a machine that possesses powers. Variation to Bionic Physiology and Empowered Physiology. Opposite to Cyber Mutant Physiology.

The user either is or can become an empowered machine, which can either be robots, artificial intelligences, cyborgs, androids, etc. Depending on their power sets, they can rival the most powerful threats in combat and their technological AIs can also possibly be more superior to modern ones due to being proficiently built. Some others can possibly be immune or resistant to weaknesses associated with machines. 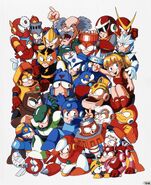 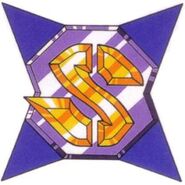 Stardroids (Mega Man)
Add a photo to this gallery
Retrieved from "https://powerlisting.fandom.com/wiki/Superior_Machine_Physiology?oldid=1358972"
Community content is available under CC-BY-SA unless otherwise noted.