Be or become mutant with superpowers.

"The glorious transformation is over, and I am one of The Many."
― Anatoly Korenchkin is now a Psi Reaver, which are known to be Mutants that have psionic abilities. (System Shock 2)

The power to be or become an Advanced Mutant. Combination of Empowered Subject Physiology and Mutant Physiology. Not to be confused with Cursed Physiology.

The user either is or can transform into a Superior Mutant, a stronger variation to mutants. Most mutants generally have mutant and genetic-based powers already, but these kinds of mutants have superior levels of power and status that most mutants don't usually have.

In all character incarnations, Clayface (DC Comics) is a Superdeviant after being exposed to genetic-altering circumstances, which mutated their entire cellular structure, turning him into a shape shifting monsters of clay-like substances.

Rudolph "Rudy" Jones/Parasite (DC Comics) became a superpowered Deviant after being covered in experimental chemicals, resulting in him becoming an energy-draining being who can also absorb powers from others.

After his involvement with the Dreaming Celestial named Tiamut, Ghaur (Marvel Comics) gained most Celestial powers of an unbelievable scale, becoming a Metadeviant.

Because of the faulty X-Gene, Sugar Man (Marvel Comics) became a monstrous being with Multiple Arms, Fang Retraction, and the power to manipulate his size and mass.

The Burers (S.T.A.L.K.E.R.: Call of Pripyat) used to be Human, but now they've been altered into Metamutants that have the power of Psionics. Unlike the Poltergeists and Controllers combined, the Burers are more complex in terms of their skill in the field of psychic abilities, such as using Telekinesis to move more than one object as well as disarming soldiers, the power to manifest a psychic shield against incoming attacks, absorbing stamina from their opponents, and creating shockwaves.

Bloodsuckers (S.T.A.L.K.E.R. series) are stealthy Superdeviants that dwell throughout the zone in search for prey to suck blood from. However, they are also capable of turning invisible to remain unseen, but they prefer to use it as a predatory option when sneaking up on their prey.

The Controllers (S.T.A.L.K.E.R. series) are mutated Humans as a result of the shady experiments that the people in charge of the laboratories have been conducting, that also have the power of Telepathy, in contrast with the Poltergeist's Telekinesis. With it, they are able to either communicate or attack their victims or enemies, and finally, they can "zombify" their chosen victims, forcing them to do their dirty work which earns the Controllers their identity.

Much like the Pseudogiants, the Poltergeist's (S.T.A.L.K.E.R. series) origin on how exactly they have been born is more elusive than the former Mutants, though it's still apparent that they are the sole creation of C-Consciousness that are meant to emulate what Poltergeists are capable of, mainly using Telekinesis as a means of harming their enemies and remaining invisible.

Born as a byproduct of one of S.H.O.D.A.N.’s mutagenic viruses from one of the citadel station groves, the Inviso-Mutants (System Shock) are former Humans that had been turned into Mutants with the power of Invisibility. 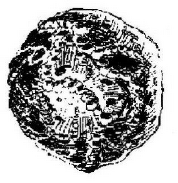 Zero-Grav Mutants (System Shock) are creatures that were formally cell-like organisms that have been mutated into a multi-cellular form to the point of being medium-sized to Humans.

The Hybrids may further mutate into Psi Reavers (System Shock 2) who gain psionic abilities from the separated brain hidden in random areas throughout Tau Ceti V.

Yugi (Tenchi in Tokyo) is a Juraian mutant with the power to create anything with her mind.

Before he had turned into a Metamutant, Ray Thompson (Justice League/DC Animated Universe/DCAU) used to be a Human fan and presumed ally to the justice guild. But as tragedy struck for him during the 1962 nuclear war that destroyed his city and with almost many people slaughtered, with the exception of himself as well. However, due to the radiation horribly corrupting his DNA...

...he had become a Supermutant with incredible psychic abilities, like for example, Psycho Warping, Psychic Force-Field Generation, Telekinesis, and Telepathy.

Dark Danny (Danny Phantom) became the most sinister and powerful ghost on the planet after fusing with the evilness of Vlad Plasmius.
Add a photo to this gallery
Retrieved from "https://powerlisting.fandom.com/wiki/Superior_Mutant_Physiology?oldid=1665706"
Community content is available under CC-BY-SA unless otherwise noted.