"I Am the Strongest in all of China!! Apart from proving this, I have no interest in anything else!!"
― Mou Bu (Kingdom) 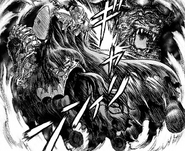 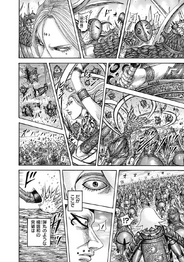 Ever since his Double Awakening, Sung Jin-Woo (Solo Leveling) has...
Add a photo to this gallery

…and cavemen of the Savage Land...
Add a photo to this gallery

As an Archangel, Lucifer (Supernatural) can easily kill, defeat, and destroy anyone stupid or dumb enough to fight him...

...with a snap of his fingers, he can obliterate angels like Castiel...
Add a photo to this gallery

Heihachi Mashima (Tekken) is a powerful martial art master able to fight his grandson, Kazuya in his Devil form on an equal level.
Add a photo to this gallery
Retrieved from "https://powerlisting.fandom.com/wiki/Supernatural_Combat?oldid=1472803"
Community content is available under CC-BY-SA unless otherwise noted.