The power to sense and identify supernatural phenomena. Sub-power of Supernatural Manipulation. Variation of Detection.

The user can sense the presence of supernatural beings or forces and identify them as such on sight.

Buffy Summers (Buffy the Vampire Slayer) can detect vampires within her area like when she sensed Spike hiding behind a tree. 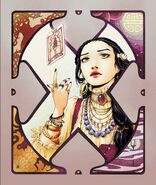 Danny's and his clone Dani (Danny Phantom) Ghost Sense alerts them to the presence of ghosts other than themselves, usually manifesting as a blue mist.

Unlike other Ghost Sense users, Dark Danny's (Danny Phantom) ghost sense is red rather than blue after his fusion with Vlad's ghost half. 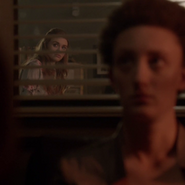 Gooigi (Luigi's Mansion) can sense the presence of Boos.
Add a photo to this gallery
Retrieved from "https://powerlisting.fandom.com/wiki/Supernatural_Detection?oldid=1719472"
Community content is available under CC-BY-SA unless otherwise noted.