Lex Luthor (DC Comics) is a super genius who has possibly the finest mind in the DC universe.

The ability to have an obviously supernatural level of intelligence. Sub-power of Supernatural Mind. Advanced version of Enhanced Intelligence.

All members of The Brainiac Family (DC Comics) possesses a superior intellect, on the order of a 10th-level intelligence…

…Vril Dox I/Brainiac I is generally believed to be the most intelligent being in the DC Universe, possessing a 12 level intellect that surpasses even Lex Luthor… 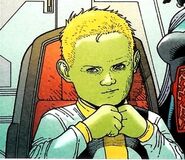 …Unlike his ancestors who possessed cold Apathetic mindsets, Kajz Dox/Brainiac 4 was a brilliant scientist who strove to atone for his family's history of evil… 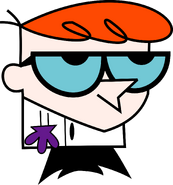 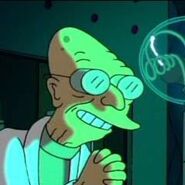 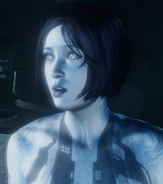 Cortana (Halo) is exceptionally intelligent even for a "smart" A.I. and was able to outsmart the Gravemind.

Dr. Henry "Hank" Pym (Marvel Comics) was the given the title of Earth's Scientist Supreme by Eternity itself.

Doctor Victor Von Doom (Marvel Comics) is one of the most intelligent beings not just on Earth, but in the entire multiverse as well.

Dr. Vegapunk (One Piece) is the greatest scientific genius in the world. He is the only person to fully grasp the nature of Devil Fruits and his inventions are 500 years ahead of their time. 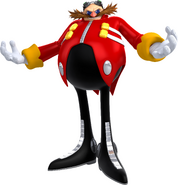 The Doctor (Doctor Who).
Add a photo to this gallery
Retrieved from "https://powerlisting.fandom.com/wiki/Supernatural_Intelligence?oldid=1361300"
Community content is available under CC-BY-SA unless otherwise noted.