"I've seen gods fly. I've seen men build weapons that I couldn't even imagine. I've seen aliens drop from the sky… but I have never seen anything like this."
― Tagline (Black Panther)

"These forces are eternal, and they exist today. The Fairytale is true. The Devil exists. God exists. And for us, as people, our very destiny hinges upon which one we elect to follow."
― Ed Warren

The ability to manipulate the supernatural. Sub-power of Metaphysics Manipulation.

The supernatural is whimsically applied through divine powers, magical powers and/or super-science powers users. The user of this power possesses capabilities that surpass or defy the mainstream laws of physics. The ability itself is a metaphor for things that cannot be explained. 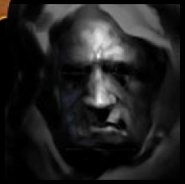 Magic Is Real, And It’s in This Apartment - Key & Peele
한국어
Community content is available under CC-BY-SA unless otherwise noted.
Advertisement