"This isn't the end."
"You say that with remarkable assuredness."
"With experience. When the Borg destroyed my world, my people were scattered throughout the universe. We survived - as will humanity survive. As long as there's a handful of you to keep the spirit alive, you will prevail - even if it takes a millennium."
― Guinan and Jean-Luc Picard (Star Trek: TNG)

The power to identify and escape danger without consciously thinking out a plan of action. Not to be confused with Escape Artistry or Tracking Evasion.

Users can automatically identify and escape dangerous situations and evade opponents without consciously thinking out a plan of action. An example of this would be if the user is pursued by enemies that are faster than the user, they would automatically run in a pattern that would keep them from being surrounded, cut off, or captured by all means and then throw off their pursuit.

Having been given the Geass command to "live" by Lelouch, Suzaku Kururugi (Code Geass) will preserve his own life at all costs, often leading to him pulling off impressive physical feats...

...such as outrunning a camera-mounted machine gun, and then kicking it off its base.

Donquixote Doflamingo (One Piece) might have been a spoiled Celestial Dragon, but his hatred for those who tortured him made him refuse to die at all cost, keeping himself alive to kill them in revenge.

Victoria (Twilight) being "baited" into disregarding her ability.

Peter Parker/Spider-Man's (Marvel Comics) Spider-Sense can not only detects potential danger, it also causes him to react automatically to immediate danger (e.g. a gunshot) without conscious thought.

Yorick Brown (Y: the Last Man) survived a plague that wiped out all beings with the Y chromosome and remained fertile. He was never caught by female captors due to his incredible self-preservation tactics and great escape artistry. 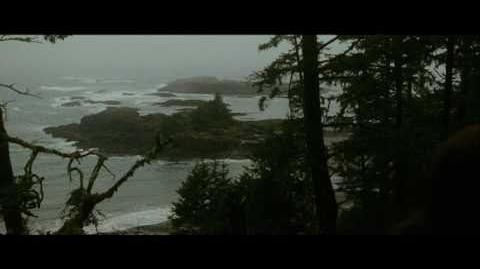 New Moon - Chasing Victoria
Victoria (The Twilight Saga: New Moon) escapes the wolves without a scratch
Add a photo to this gallery
Retrieved from "https://powerlisting.fandom.com/wiki/Supernatural_Self-Preservation?oldid=1660829"
Community content is available under CC-BY-SA unless otherwise noted.