The ability to have drastically better stamina than what is naturally possible. Sub-power of Supernatural Body. Advanced version of Enhanced Stamina.

User stamina is glaringly, obviously and super/unnaturally greater than other beings in their universe because their capabilities are pushed beyond the natural level; making them immensely more enduring than regular beings (in that verse).

Superman (DC Comics) has the ability to maintain continuous physical actions for an undefined period.

With the Stamina of Atlas, Shazam (DC Comics) can endure great physical exertion without tiring.

Toothiana/The Tooth Fairy (Rise of the Guardians) can hover in place without tiring out. 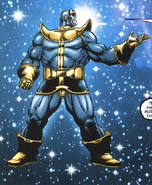 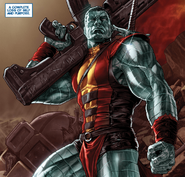 Kron Stone/Scorpion 2099 (Marvel Comics)
Add a photo to this gallery
Retrieved from "https://powerlisting.fandom.com/wiki/Supernatural_Stamina?oldid=1549904"
Community content is available under CC-BY-SA unless otherwise noted.