Toepick's (Ben 10) face is so incomprehensibly hideous that most beings in the known universe cannot look at it without adverse effects, including fear, sickness, or even madness.

Be monstrously hideous and be able to use it.

"This is the face that launched a thousand ships... the other way! Hahaha!"
― Agnes Skinner as Helen of Troy (The Simpsons)

The power to be monstrously hideous and use it to affect others. Opposite to Supernatural Beauty.

The user is physically so horrifying and hideous that no being can look at them without adverse effects. They can also scare their victims into being pale white as a sheet. 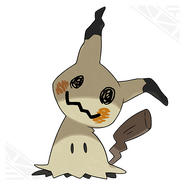 Mimikyu (Pokémon) hides its horrid appearance in order to make friends. Those who witnessed its true face died from shock and terror. 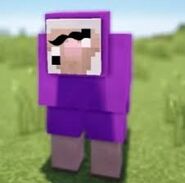 Purple Shep (ExplodingTNT) once killed his friends by making himself look uglier than he already is with the help of makeup.

Clan Nosferatu (Vampire: The Masquerade) are Vampires cursed with supernatural & irreversible ugliness, to the point that it is outright forbidden for them to walk around in public.
Add a photo to this gallery
Retrieved from "https://powerlisting.fandom.com/wiki/Supernatural_Ugliness?oldid=1683725"
Community content is available under CC-BY-SA unless otherwise noted.