Peter Parker/Spider-Man (Marvel Comics), can he swing from a thread?

"This is biggest swing in jungle history, will hurt very much. But George have to do it. Uhhh..."
― George (George of the Jungle)

The power to swing effortlessly. Variation of Climbing.

User is able to swing and otherwise suspend effortlessly fly and fall back and forward from such surfaces as branches, rocks, walls, etc. with their hands/body parts or a line/rope, as long as they can gain a hold of it and keep their balance. User is able to swing so much they can jump from one end to reach a certain distance and if not far enough the user can swing again and again to get to their location.

Donquixote Doflamingo (One Piece) swinging on clouds via his threads. 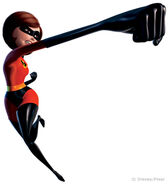 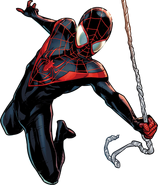 Retrieved from "https://powerlisting.fandom.com/wiki/Swinging?oldid=1508588"
Community content is available under CC-BY-SA unless otherwise noted.