Use the traits of a Sylph.

The power to use the abilities of a Sylph. Variation of Cryptid Physiology.

User with this ability either is or can transform into a Sylph, invisible beings of the air, originating as Paracelsus elementals of air. They have no known substantial mythos associated with them, but several RPGs have used them.

They are most commonly described as faerie-like females with insect-wings, with ability to turn invisible and manipulate air and wind. 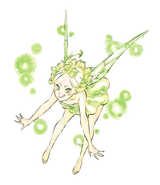 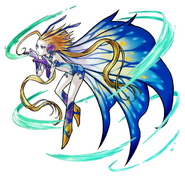 Sylph (Valkyrie Crusade)
Add a photo to this gallery
Retrieved from "https://powerlisting.fandom.com/wiki/Sylph_Physiology?oldid=1604249"
Community content is available under CC-BY-SA unless otherwise noted.