The power to develop or have a tail. Sub-power of Tail Manipulation. Variation of Appendage Generation.

User has or is able to manifest tail (or more than one) that may also protect from rear attacks or long range attacks.

Lessar (Toaru Majutsu no Index) possess a unique spiritual item dragon tail made of a metal backbone within a clear tube. 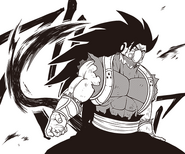 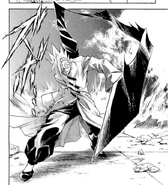 Chimera (Marchen Awakens Romance) is able to grow a sharp tail with her Ghost ÄRM, Ghost Tail and slice her enemy with it. 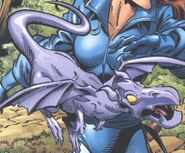 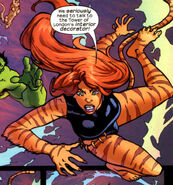 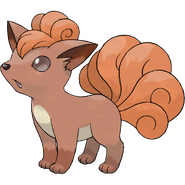 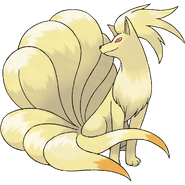 ...and when they evolve into Ninetales (Pokémon), they grow three more tails.

Piscciss Volans such as Ripjaws (Ben 10) can fuse their legs together to form a tail upon entering the water.
Add a photo to this gallery
Retrieved from "https://powerlisting.fandom.com/wiki/Tail_Manifestation?oldid=1613881"
Community content is available under CC-BY-SA unless otherwise noted.