Feed off of sexual energy.

"Humankind has long tried to tame the forces of nature, to harness their power for our needs. But what if the very needs that drive us are the greatest power of all? Will we be able to control ourselves?"
― Caught In The Act Opening Words (The Outer Limits)

"Wait. It feeds by having sex? Oh, man, I wish I could do that."
― Wendy envying The Mandragora (Witches of East End)

The power to feed off sexuality/sexual energy. Sub-power of Tantric Manipulation and Indomitable Sexuality. Variation of Metabolization. Combination of Sex Empowerment and Energy Metabolization.

Users can sustain themselves/their powers by feeding of sexuality and/or sexual energy from sexuality, sexual experiences, sexual emotions, etc., into their body as a source for their powers and/or conditions.

Jean-Claude (Anita Blake Series) a vampire from the Belle Morte (translates "Beautiful Death") bloodline that feeds on lust as well as blood. 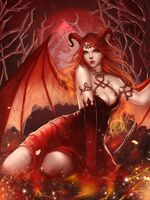 Succubi (Folklore/Demonology/Mythology) are said to feed of mans sexuality to the point of death. 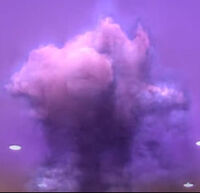 After Sex Gas (Torchwood) kills its victims upon climax, it absorbs the energy that was produced.
Add a photo to this gallery
Retrieved from "https://powerlisting.fandom.com/wiki/Tantric_Metabolization?oldid=1605896"
Community content is available under CC-BY-SA unless otherwise noted.