Use the traits of tanuki.
The power to use the abilities of tanuki. Variation of Yokai Physiology and Canine Physiology.

User with this ability either is or can transform into an Tanuki, an animal shapeshifter with great physical strength and supernatural powers. Like the kitsune, they are masters of shapeshifting and disguise and are mischievous creatures taking all sorts of disguises to deceive or annoy travelers or to get such things as saké, food, or women to the point of turning itself into inanimate objects, such as the tea-kettle.

Tanuki are often mischievous and jolly, but also somewhat gullible and absentminded. Notoriously found of alcohol and parties, they can become at times violent or unpleasant if drunk or deprived of their favorite drinks. Unlike kitsune, tanuki usually have their own agenda and are prone causing chaos and confusion amongst humans and, sometimes, other youkai. 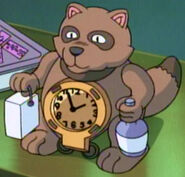 One-Tailed Shukaku (Naruto) is known as the "Monster Tanuki", taking such a form with a monstrous bloodlust to match…

…and its former Jinchuriki host Gaara. 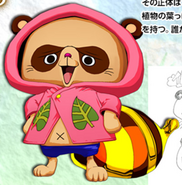 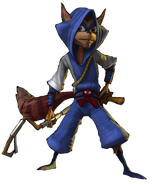 Rioichi Cooper (Sly Cooper series), being a Japanese member of the Cooper clan, displays multiple similarities to the racoon dog.

Tom Nook (Animal Crossing Series)
Add a photo to this gallery
Retrieved from "https://powerlisting.fandom.com/wiki/Tanuki_Physiology?oldid=1494185"
Community content is available under CC-BY-SA unless otherwise noted.