Eric Gitter/Ink (Marvel Comics) gains a new power with each tattoo given to him by his mutant tattoo artist.

Gain strength and power from tattoos

The ability to gain power from tattoos/body art. Technique of Tattoo Manipulation. Variation of Affinity.

User becomes stronger, faster, more durable, etc. when they are near, come in contact with, or have tattoos, possibly to unlock abilities related to what the tattoo is based on and enhancing their existing powers. Some users may be able to draw sustenance from tattoos or even slow or stop aging.

Esdeath (Akame ga Kill!) gained a tattoo on her chest after ingesting the Demon's Extract which served as a catalyst...

...to unleash deadly and powerful ice based powers. 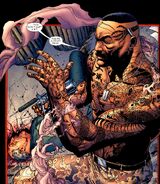 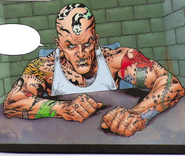 As the Zombie Tattoo rapidly spread on Alviss (Marchen Awakens Romance) he entered a brainwashed state where his magical power increased tenfold. 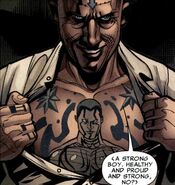 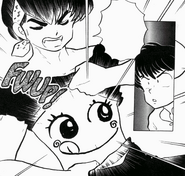 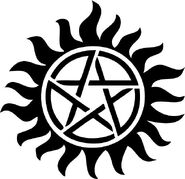 With elements of a pentagram, or endless knot, Anti-Demon Possession Tattoos (Supernatural) can ward off demonic possession...

...due to these tattoos, Sam and Dean Winchester are immune to any and all forms of demonic possession. 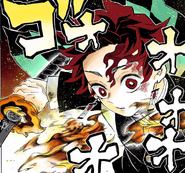 Demon Slayers (Kimetsu no Yaiba) such as Kamado Tanjirou who have unlocked their Mark gain an increase in their already remarkable physical abilities and achieve the ability to utilize See-Through World….

…Yoriichi Tsugikuni was the first to unlock the mark from birth and he lived to be 85 years old despite it supposedly killing the wearer at 25 years old if overused.

Adrian Everhart/Sketch (Renegade)
Add a photo to this gallery
Retrieved from "https://powerlisting.fandom.com/wiki/Tattoo_Empowerment?oldid=1625156"
Community content is available under CC-BY-SA unless otherwise noted.