Despite being an airhead, Aiz Wallenstein (DanMachi) is an excellent teacher, effectively teaching Bell Cranel various combat techniques and advices in order to progress his growth as an Adventurer.

Possess knowledge and experience in teaching/training.

"Learn this well. Warfare is not so simple that you can rely on just momentum alone!!"
― Gen Pou to Ri Shin and the Hi Shin Unit (Kingdom)

""Master Katarn, it's an honor to be serving under you."
"First off, just call me Kyle – titles make my skin crawl. Secondly, you're not 'serving under me'. I'm gonna teach you, and you're gonna learn. That's it."
― Rosh Penin and Kyle Katarn (Star Wars Legends)

"To make a long story short, my name is Cyber and I used to train bad guys to be worse guys. Not many people liked me back then. Especially the ones I trained. One, in particular took it very personally. He didn't seem to understand that I was just doing my job. Which is not to say I didn't enjoy my work--As a matter of fact I loved it."
― Silas Burr/Cyber (Marvel Comics)

"Who am I? My name's Peter Parker. I'm the new science teacher."
― Peter Parker to his students of Midtown High School (Marvel Comics)

"If you're good enough, I'll make you a warrior."
― Stick to a young Matt Murdock/Daredevil (Marvel Comics)

The power to possess knowledge and experience in teaching/training. Variation of Pedagogy Intuition.

The user possesses extensive, if not innate, knowledge of and experience in teaching/training others, helping them to acquire knowledge, skills, techniques, and competence in different fields (martial arts, scientific fields, etc.).

Aided with his various abilities, Korosensei (Assassination Classroom) is an amazing teacher, even if his students try to assassinate him.

Master Muten Roshi (Dragon Ball series) trained Son Goku, Krillin, and Yamucha in Kame-Sennin Ryu style of martial arts, teaching them to break through their limitations and push their bodies to superhuman levels.

...with himself going on to train his sons...

Angels (Dragon Ball Super) such as Whis and Vados guide and teach the Gods of Destruction how to master their destructive capabilities...

...with Whis himself training Son Goku and Vegeta as well.

...later teaching her son, Joseph Joestar in the art of the Ripple/Hamon. 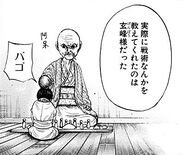 ...later doing the same with Rin Ko during his childhood.

Either the former headmaster or an instructor for the state of Qin's Strategical Acamedy, Ko Shou (Kingdom) taught Shou Hei Kun everything he knows about the military arts, tactical usage, and strategical warfare in his youth.

A genius since he was a child, Rin Shou Jo (Kingdom) taught and drilled Chou Ga Ryuu and Gyou'un in the ways of strategies and tactics in their youth. 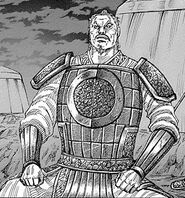 Tasked with the responsibility of taking care of Ou Hon since he was a child, Ban You (Kingdom) taught his young lord everything related to the arts of the military, martial arts, strategical planning, and tactical theories.

Along with being the Chief of Military Affairs, Shou Hei Kun (Kingdom) serves as the current headmaster and a lecturer for the state of Qin's Strategical Academy where he has nurtured and produced some of the greatest strategists in China...

Seeing the potential in him as a child, Ri Boku (Kingdom) taught Kei Sha everything related to tactics, strategy, and martial combat...

...grooming him into one of the most important commanders within the Zhao Military.

While he initially refused, Dracule Mihawk (One Piece) taught and trained Roronoa Zoro in the basics of Haki.

A skilled teacher, Kamikaze/Atomic Samurai (One-Punch Man) is very talented in teaching and training his disciples in the art of swordsmanship.

Genkai (Yu Yu Hakusho) was a harsh teacher with grueling, but beneficial, training methods.
Add a photo to this gallery

...and later formed an academy to teach others Metalbending.

Tenzin (Avater: The Legend of Korra) teaching his children and Korra in the art of airbending and meditation. 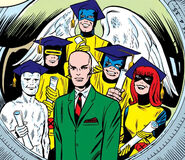 Wanting to guide future generations to a better path, Charles Xavier/Professor X (Marvel Comics) founded the Xavier Institute for Higher Learning to teach mutants how to use, control, and master their superhuman powers.

A naturally talented teacher, Peter B. Parker/Spider-Man (Marvel Comics) has taught science at Midtown High School and has also taught various superheroes both young and old on the ethics of being responsible with his signature mantra...

...In addition to teaching at a high school, he also took over as a teacher at the X-Mansion for a time... 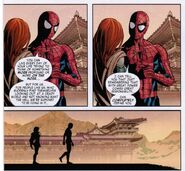 ...and served as a mentor for Hope Summers.

Shang-Chi (Marvel Comics) trained Spider-Man in the knowledge of kung fu, the two developing a new style they dubbed the Way of the Spider. 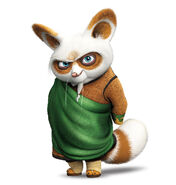 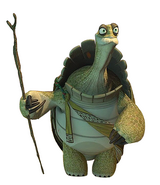 Mane Six (My Little Pony: Friendship is Magic), the teachers of the School of Friendship.

Darth Plagueis (Star Wars Legends) training and teaching a young Palpatine in the ways of the Sith and the Rule of Two.

...the most notable ones being Galan Marek/Starkiller as he physically and psychologically agonize him with the emphasis on obeying and succeeding verses failing and dying...

With the blessing of the New Republic, Luke Skywalker (Star Wars Legends) founded the Jedi Praxeum or the Jedi Academy on the jungle-covered moon of Yavin 4...

...where he trained and taught Force-sensitives in the ways of the Jedi, lightsaber combat, diplomacy, and history. 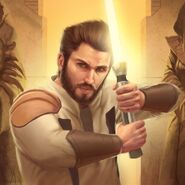 ...trained students, Jaden Korr and Rosh Penin in the ways of the Jedi.
Add a photo to this gallery

Watchers (Buffy the Vampire Slayer) exist to train and guide the Slayer in how to fight the forces of darkness... 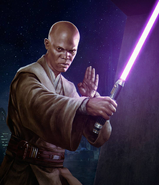 Master Eraqus (Kingdom Hearts), Keyblade Master and teacher of Terra, Ventus, and Aqua.
Add a photo to this gallery
Retrieved from "https://powerlisting.fandom.com/wiki/Teaching_Intuition?oldid=1570502"
Community content is available under CC-BY-SA unless otherwise noted.