Cyborg-Superman (DC Comics) could absorb, re-purpose and cast his essence into any cybernetic, biomechanical and ergokinetic forms he desired, and dominate any mechanical functioning as an extension of himself, including various lantern rings and The Manhunters.

User can merge with/utilize any/every form of automation, syncing with and controlling the mechanical function, merging essence into the mechanical energy form to transcend the physical form. They absorb/convert non-mechanical and technorganic targets, transforming lifeless metal or circuits into trans-organic elements mirroring natural bio-function and beyond. 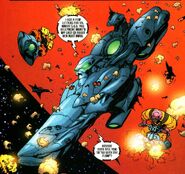 Galvanic Mechamorphs (Ben 10) like Upgrade can merge with any form of machinery.

Meta Rilldo (Dragon Ball GT) at his most powerful can merge with his home planet and all of it's facilities. 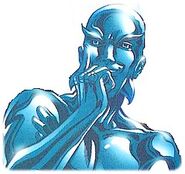 Machinesmith (Marvel Comics) became very adept at technoformation after a slew of uploading between robot bodies.
Community content is available under CC-BY-SA unless otherwise noted.
Advertisement