"You think the realm of the mystical is limited to ancient texts and relics? That bad old science made the magic go away? The divine exists in cyberspace same as out here."
― Jenny Calendar, Buffy the Vampire Slayer

The power to utilize technological magic. Form of Magic. Combination of Magic and Technology Manipulation. Not to be confused with Technomagic.

Jenny Calendar (Buffy the Vampire Slayer), is a technopagan, employing modern technology such as the Internet to delve into the mystical world. 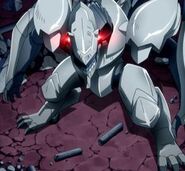 As a spiriton-hacker (Fate/EXTRA), Aoko Aozaki is skilled with modifying individual souls by hacking them directly to increase one attribute or another.

Ajuka Beelzebub (Highschool DxD) is a brilliant genius in the Devil's supernatural technology and via Kankara Formula can use mystical calculations to rewrite reality. 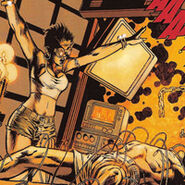