Katai's (Bungou Stray Dogs) supernatural ability - Futon allows him to manipulate any electronics in sight as long as he isn't touching them.

"The machines are coming, and along with them comes the face of death. But it is not the machines you must fear, it is the men who had controlled them."
― The Enigma TNG - Mecha Gun

Users can Create/manifest and manipulate technology, the sum of techniques, skills, methods, and processes used in the production of goods or services or in the accomplishment of objectives. However, most users only can exert control over technological constructs, such as computers, robots, hardware, and other devices that can be termed as "technology", in any way. Manifested as a special form of electrical/telekinetic manipulation, a special form of "morphing" which allows physical interaction with machines, or even a psychic ability that allows mental interface with computer data.

Most users can control the flow of intricate machinery, and assemble or disengage their programming at will and operate most technology at distance. A variation of Electricity Manipulation, they control specific electrons and instructs them which items to engage or disengage and may be able to use the electric impulses to gently control smaller metal parts. 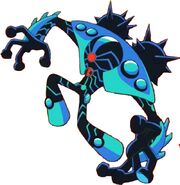 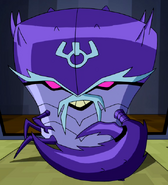 NOS-4-A2 (Buzz Lightyear of Star Command) is able to control any form of technology after biting it and absorbing it energy.

Nicolai Technus (Danny Phantom) is the self proclaimed master of all technology. 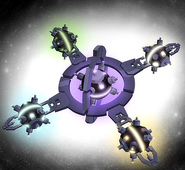 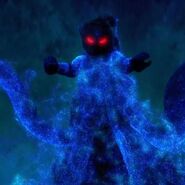 Jami the Assembler (The 99) can see the derivations, blueprints and foundations of any existing or potential machine.

Jami the Assembler (The 99) can see the derivations, blueprints and foundations of any existing or potential machine. 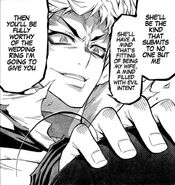 Echo (Earth to Echo) can use this ability in different ways, including...

...transmitting maps of his location and where to lead others on their phones...

...using the camera on their phones as his eyes in order to see...

...starting up all of the games in the arcade...

...and calling the security guard's phone, causing him saying "there" through the phone to echo through the arcade.

After reaching 60% of her brain capacity, Lucy (Lucy) was able to start manipulating the machines

Matrix H.png
Matrix (Valkyrie Crusade) as the prime being and mother of all machine life, has absolute control over all mechanical things. 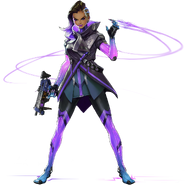 Because of her hacking skills, Sombra (Overwatch) can manipulate any variations of technology.

Netrunners (Cyberpunk series) like T-Bug, are a type of Cyborg that have mechanics that allow them to control various technology around them, especially ranging to Robots to other Cyborgs.

The Doctor (Doctor Who) with Sonic Screwdriver.

Micah Sanders (Heroes) repairs a glitch in a pay phone.

From Ramsey Deacon, DeVoe (The Flash) can sense the presence of and control any form of technology by imprinting his own encryption like a biological virus. Unlike Devon, DeVoe could also upload his consciousness into computers, effectively becoming immortal.

Ryan Walker (Mech-X4) is a successful Technopathy who can control all kinds of technology even the giant robot Mech-X4 remotely. 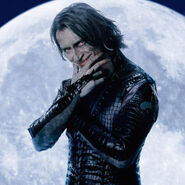 Rumplestiltskin (Once Upon a Time)

Evil Queen (Once upon a Time) 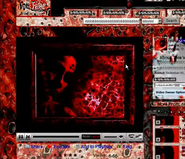 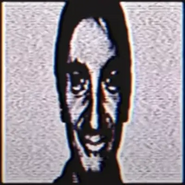 The Intruder (The Mandela Catalogue) 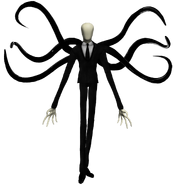