Users can control the purest form of telekinesis, the generation and manipulation of telekinetic force itself. Consequently, the potential applications are much fewer and more limited than Telekinesis, but what is often lost in subtlety, precision, and skill is gained in sheer power. Thus, users cannot perform complicated telekinetic operations, like manipulating matter and energy at an atomic level, limited to more basic applications. However, they are served with 'overwhelming power.'

For example, users can crush heavily armored vehicles into tiny balls or rip them to shreds in an instant, manipulate and control massive objects, and unleash telekinetic blasts strong enough to eliminate entire armies. They could casually repel massive attacks and instantly erect an impregnable and self-repairing telekinetic force field. They could even build a vast telekinetic war machine around themselves for intense and prolonged battles or create hordes of telekinetic shadows that will act as extensions of themselves on the battlefield. With their overwhelming telekinetic force, users can escape the laws of reality and distort space-time. 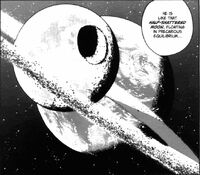 To show the world his power, Tetsuo (Akira) punched a huge hole in the moon, and surrounded it with the resulting debris.

Myuu (Myuu and I) can control an overwhelming telekinetic force

Jodie Holmes' (Beyond: Two Souls) spiritually-bound partner can utilize an ineffable amount of Telekinetic Force to her favor. 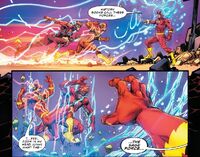 The Sage Force (DC Comics) is a psychoreactive energy which affords mind over matter access. 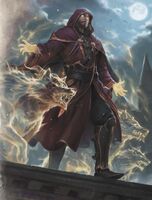 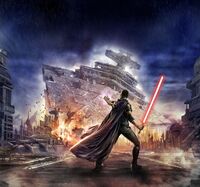