The ability to move instantaneously from one location to another without physically occupying the space in between. Sub-power of Psionic Manipulation, Spatial Manipulation and Teleportation Manipulation. 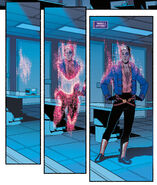 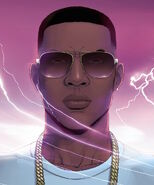 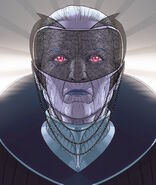 Axel and Quan (A.T.O.M.) can both teleport.
Add a photo to this gallery 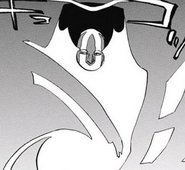 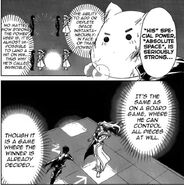 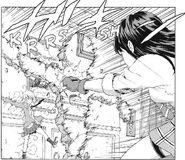 Obito Uchiha (Naruto) can teleport himself with Kamui technique, which uses his right eye as a portal that drags him in and out a dimensional void.

Kaguya Ōtsutsuki (Naruto) using Amenominaka to instantaneously teleport Team 7, Obito and herself to her personal dimension.

Trafalgar Water D. Law (One Piece) can use his Shambles technique to teleport himself around within his territory.
Add a photo to this gallery

Moira O'Deorain (Overwatch) can teleport a distance away in a smoky cloud.
Add a photo to this gallery