An unnamed Contractor (Darker than Black) holding a displacement orb

Project balls that teleport whatever they hit.

The power to project balls that can teleport whatever they hit. Variation of Teleportation and Ball Projection.

The user can project balls that are capable of teleporting their targets.

Ōetsu Nimaiya (Bleach) firing off a Chōkaimon portal to send Ichigo back to the Human World.

Leo Wyatt (Charmed) orbs away, taking two of the Charmed Ones with him.

The Meido Zangetsuha (InuYasha) opens up an orb to transport the victim to hell.

Combined with Homing Effect, the Nihilanth (Hλlf-Life) can project portal spheres at his enemies and displace them to alternate chambers of Xen.

The Gene Worm (Hλlf-Life: Opposing Force) can project portal orbs from his abdominal cavity and teleport the Race X Aliens to him.
Add a photo to this gallery 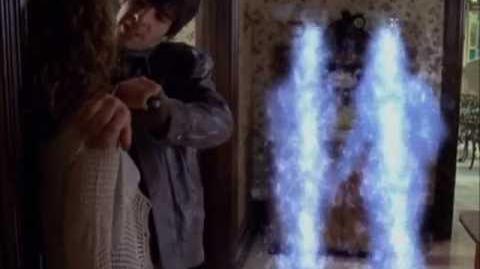 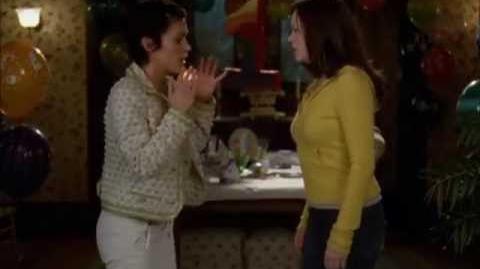