Krux (Lego Ninjago: Masters of Spinjitzu) briefly rewinds time to a couple of seconds ago.

"Krux's power was the opposite of his brother's; he could reverse time. It's a huge advantage in combat. Know your opponent's next move, know how to counter it."
― Master Wu explaining Krux's power to control the Reversal Movement of Time (Lego Ninjago: Masters of Spinjitzu)

"Oh, I like that! Say it again!"
― Kang the Conqueror to Ravonna before rewinding time (LEGO Marvel Superheroes 2)

The ability to rewind time. Sub-power of Time Manipulation and Time Travel. Opposite to Time Acceleration and Flash-Forward. Not to be confused with Time Travel.

The user can rewind time to a few seconds, minutes, hours, days and years into the past and alter it. This method of time travel rarely entails any paradoxes (such as the grandfather paradox) if the user rewinds themselves parallel to time.

Francis Grey (The Batman) can rewind time for twenty seconds, which he uses to win every fight by predicting his opponent's moves. 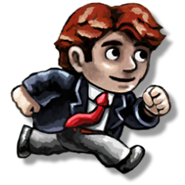 Tim (Braid) can rewind time to solve puzzles and save himself from death.

Aoba (Code: Breaker) can revert time with anything her right hand touches, except death.

After the second stab with the Stand Arrow, Yoshikage Kira's (JoJo's Bizarre Adventure Part IV Diamonds are Unbreakable) Stand, Deadly/Killer Queen gained ability Bites the Dust, that will kill anyone finding out his true identity and rewinding time back an hour every time it triggers.

Young Xehanort (Kingdom Hearts) can rewind time to regenerate himself.

Maxine Caulfield (Life is Strange) can rewind time at will, but is has its limitation in temporal range.

When Curtis (Misfits) uses this power, the camera zooms in on one of his eyes as the events shown going backwards.
Vlcsnap-2011-11-21-09h03m34s2.png
Friedrich (Misfits) bought this ability from Seth to rewind time to kill Hitler but messed up.

In the alternate timeline, Kelly (Misfits) got this ability from Seth to undo Friedrich's mistakes from making the Nazi's win the war.

When Tracer (Overwatch) activates her ability, Recall, it restores her health and position to what they were 3 seconds ago.

Homura Akemi (Puella Magi Madoka Magica), as a result of her wish, can instantly rewind time to the point where she first met Madoka Kaname, which she uses in an effort to protect her. 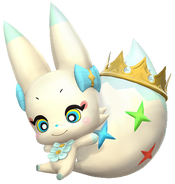 Whenever Lann and Reynn fall in battle, Tama (World of Final Fantasy) can rewind time in order to save them, though it costs her one of her lives.

Amber (Darker than Black) rewinds the time by few minutes to save Amagiri and Brita from being burned to death.

Using Kurumi's borrowed powers, Shido Itsuka (Date A Live) is able to rewind time by a day or more.

With the use of his Time Crystal, Kang the Conqueror (LEGO Marvel Superheroes 2) can reverse time as often as he wants.

When the Hourglass of Time (The Smurfs) is accidentally turned around by the smurfs, time flows in reverse for everyone, save for the smurfs and Father Time.

Scaroth (Doctor Who) uses the Field Interphase Stabiliser to rewind time, but not himself so he can travel to the prehistoric earth and stop his past self. 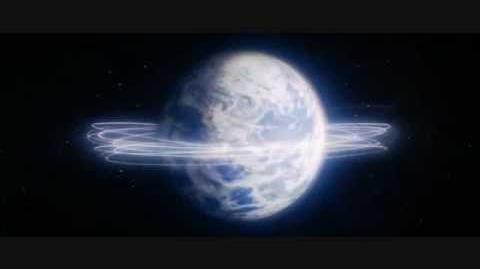 Superman (Superman) Reversing Time
Add a photo to this gallery
Retrieved from "https://powerlisting.fandom.com/wiki/Temporal_Rewind?oldid=1377302"
Community content is available under CC-BY-SA unless otherwise noted.