Trafalgar D. Water Law (One Piece) can create a realm like bubble that allows him to manipulate whatever's inside it.

The user can create a space that allows them to manipulate what's within the area. This can even bend reality by creating or breaking rules.

By replacing the French flag with his own on city hall, Darkblade (Miraculous: Tales of Ladybug & Cat Noir) was able to cover all of Paris in a dark veil that converted all swept by it into knights loyal to him, turning the city into his domain. 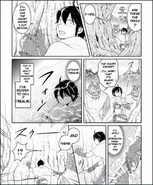 Makoto Misumi (Moon-Led Journey Across Another World) using Realm to sharpening a knife to cut down a tree... 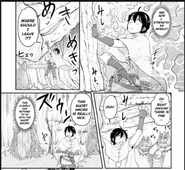 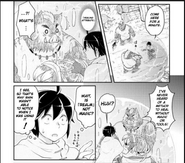 Yu's (Yu Yu Hakusho) Territory ability allows him to forbid any and all violence, and remove letters or words from the alphabet making them Taboos.
Add a photo to this gallery
Retrieved from "https://powerlisting.fandom.com/wiki/Territory_Creation?oldid=1558729"
Community content is available under CC-BY-SA unless otherwise noted.