Hiro (Heroes) can manipulate both time and space.

The user can manipulate the time in general area or a specific target in various manners, the basics revolving around accelerating, slowing, stopping and even rewinding or looping. The range of area affected is proportional to the mastery of the user, with top levels can affect the entire space and time continuum.

Since "time" exists and flows within "space", the two are interrelated, and by manipulating time, one is basically distorting space proportionally. The effects of this relative distortion can vary, such as controlling time of a mere object or person may not affect the space they reside in, but to twist the time-stream of a region of space can cause the area itself to warp. Due to time existing in one space, manipulating it cannot affect another dimension.

...or absorbing people's lifespan to increase her own.
Add a photo to this gallery

By swinging the Rod of Seasons, Link can change the time of the season.

By playing the Harp of Ages, Link can warp through time. 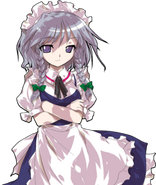 Sakuya Izayoi slows or stops time for a number of her spellcards.

Even with a small portion of the Goddess Norns's power, Astral Noir (Valkyrie Crusade) and sisters gained enough control over time to together be able to create a time-loop in two universes simultaneously.
Life-Is-Strange-11ago2014-1.jpg
Max Caulfield (Life is Strange) rewind time to save her friend Chloe Price from getting shot in the bathroom.

Luxord (Kingdom hearts) wields power over the element of time.
Add a photo to this gallery 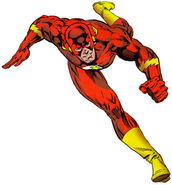 Time Beetles (Doctor Who) as members of the trickster's brigade, could manipulate the way a person's life could have been led.
Add a photo to this gallery

Eye of Agamotto (Marvel Cinematic Universe - Doctor Strange), powered by Infinity Stone of Time.
Add a photo to this gallery

Time Twins/Hands of Time (Lego Ninjago) can manipulate Time.
Add a photo to this gallery