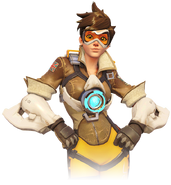 Doofenshmirtz (Phineas and Ferb) create the Slow-Motion-inator to slow down Perry the Platypus, so Perry can't stop him.
Community content is available under CC-BY-SA unless otherwise noted.
FandomShop Newsletter Join Fan Lab