The Mercane (AD&D) are the greatest merchants/traders in the multiverse, with such innate knowledge and skill that allows them find and sell anything/everything that their customers are searching for.

Be a master of how to sell/trade.

"The salesman knows nothing of what he is selling save that he is charging a great deal too much for it."
― Oscar Wilde

"Allow me to say this, Ri Boku. When it comes to doing business, I have never in my entire life budged a single inch from my offered price."
― Ryo Fui (Kingdom)

The power to be a master of selling/trading, either innately or through training. Technique of Business Mastery. Variation of Intuitive Aptitude and Complete Mastery

User, either innately or through training, is a master of negotiations, selling and trading. They can perform feats such as locating any/all items for sale or trade regardless of how difficult (or impossible) it might be to find or sell and is always able to have the best or lowest price for said items and can convince others to buy them regardless of their level of value. Using this ability, the user can become wealthy very quickly and easily, and perform feats such as always making trades that generate profits, making the right choice when it comes to bartering and advancing said trade, and predicting the best time to make trades (buying/selling).

The Anna family (Fire Emblem series) are masterful traveling merchants across the multiverse.

Niccolo (Sword of Mana) is a master merchant with enough skill to convince almost anyone to buy his wares.

Due to his past as a merchant, Ryo Fui (Kingdom) is quite skilled in political and financial "bartering".

Merchant (Valkyrie Crusade) has innate knowledge and skill in selling, to the point she is able to make anyone sell to her anything she wishes. 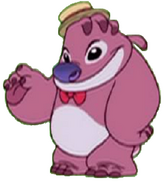 Flim and Flam (My Little Pony: Friendship is Magic) 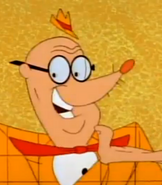