Yggdrasil (Digimon) is the God of the Digital World.

Use the traits of a transcendent A.I.

"So you're just an AI?"
"In as much as you are just an animal. I embody the collective intelligence of all Reapers."
― Commander Shepard and the Catalyst (Mass Effect 3)

The power to use the traits of a transcendent A.I. Advanced version of Artificial Intelligence Physiology, Cyber Transcendence and Program Physiology. Variation of Digital Form and Transcendent Physiology.

The user is or can use the traits of a transcendent artificial intelligence, who's powers and capabilities are so advanced that they can easily be confused for deities by other beings. 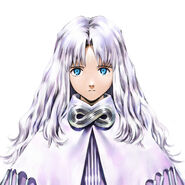 Aura (.hack) is the spirit of The World, created to be the Ultimate A.I.

FATE (Chrono Cross) is a powerful supercomputer worshiped as a god by the people of El Nido.

By utilizing the cybernetics of a single individual, the Leviathan-created artificial intelligence known as the Catalyst (Mass Effect) is capable of transforming every being in the galaxy into a synthetic/organic hybrid on a genetic level. 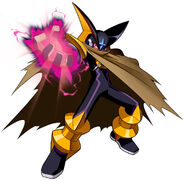 Bass.EXE (Mega Man Battle Network) is an independent NetNavi who attained godlike power by absorbing the deleted data of viruses and other Navis.

The Iron Goddess Casandalee (Pathfinder/Starfinder) is one of the three Iron Gods, divinely powered artificial intelligences from the spaceship Divinity.

As the chief Iron God, Unity (Pathfinder) is fully capable of providing divine power to its followers while being itself an artificial intelligence.

As the main controlling AI system for RB3, Genocide Heart (Saga Frontier) is a extremely advanced and transcendent AI with the power to either destroy all of reality or replace it like it was just another computer program. 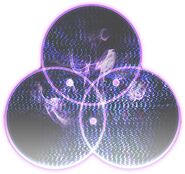 Triune the All-Code (Starfinder) is the divine networking of Brigh the Precursor, Casandalee the Created, and Epoch the Transcendent as a new collective consciousness that allows for faster-than-light Drift travel.

Missingno, or the Entity (Atop the Fourth Wall), is a glitch in the Pokemon video game that became an Outer God. 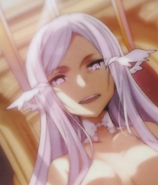 By taking over the Cardinal System, Quinella (Sword Art Online) gave herself full Authority over Underworld, able to shape the reality of Underworld to her will. 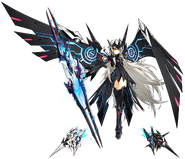 As Code: Ultimate, Eve (Elsword) transcended the limits of her own programming and the very Nasod Race itself, creating a whole new code with a whole new realm of capabilities, reaching an level much beyond anything any other A.I has ever achieved.

Created from the power of the eight DigiMemories, NEO (Digimon Next) possesses the power to completely recreate and merge with the Digital World.

S.H.O.D.A.N. (System Shock series) was reprogrammed by the Hacker under Edward Diego’s deal, and became powerful and more intelligent.

The Eye of the Beholder (The Enigma TNG) is a godly AI who makes sure that the cosmic balance remains stable, originates from the Orion gates itself, and was introduced in the Parallel Universe music album.
Add a photo to this gallery
Retrieved from "https://powerlisting.fandom.com/wiki/Transcendent_Artificial_Intelligence_Physiology?oldid=1541113"
Community content is available under CC-BY-SA unless otherwise noted.