Genesis (Vertigo Comics) is a descendant of angels and demons born with a level of power that is superior to God.

Become a nephalem of godly power.

"Yes. Free from the demons. The path is clear for us to rule."
― Vergil revealing his god complex personality to Kat and Dante. (DmC: Devil May Cry)

User with this ability either is or can transform into a nephalem of godly power born from the union of two high-level supernatural entities. Their power vastly surpasses that of other nephalems and most supernatural entities, easily overpowering them even in numbers. Some users are born from the very apex or even prime being of their respective parent species, inheriting the potential to become the most powerful being in existence, with major impact on the world and its power balance. 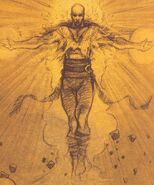 Uldyssian ul-Diomed (Diablo series) Is one of the Edyrem, the next generation of Sanctuary's Nephalem and is powerful enough to send the Heavenly Host and the Burning Hell's armies back to their domains, with Sanctuary being nearly torn asunder in the process. 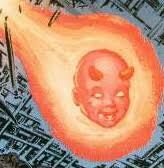 Deuteronomy (Marvel Comics) was a being created by Archangel Gabriel so powerful that it could replace God himself.

Seere (Valkyrie Crusade) is an extremely powerful being, to the point, she is able to grant to anyone anything they wish and despite being normally a demon, she prefers to take a Nephalem form.
Add a photo to this gallery
Retrieved from "https://powerlisting.fandom.com/wiki/Transcendent_Nephalem_Physiology?oldid=1754667"
Community content is available under CC-BY-SA unless otherwise noted.