Celestials (Marvel Comics) are godly machines that are nigh-perfect scientists who experimented on other races throughout the multiverse.

The user can manipulate and understand the level of science/knowledge that only transcendent beings possess. This science allows the user to achieve nearly limitless and impossible results, due to being so advanced and complex that only higher beings can understand, most users of this use that type of science to enhance or bestow others with almighty powers like bending the laws of physics, create universes and warp realities those same feats are beyond the most advanced form of science.

The Naljian's (Ben 10) possess technology so unimaginably advanced, that even a child's toy is more advanced than the Omnitrix.

The Monitors (DC Comics) can create technology that can function in conceptual spaces and create universes. 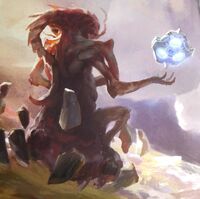 The Precursors (Halo Series) were so advanced that their technology operated on the concept of Neural Physics - that all matter and energy was living and interlinked and that the universe was a living being. This allowed them to warp reality to their will to achieve otherwise impossible feats.

The Downstreamers (Manifold Trilogy) are the descendants of the human race, who have survived the heat death of the universe. Their level of transcendent science is so great, that they could split our universe into an infinite multiverse. 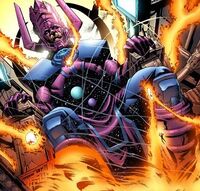 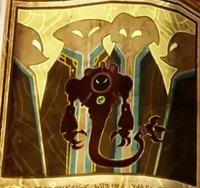 The Ancients (Sonic Boom) excelled at the usage of technology, to the extent that centuries later, their technology remains virtually unsurpassed by anything else in the present day; even Dr. Eggman had a hard time figuring out their more rudimentary machines...

,,,with Lyric's Sentinels being powerful enough to destroy the world and wipe out all organic life. 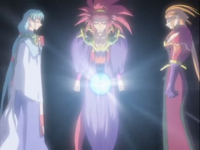